We believe that it can be easily established that 98%, perhaps even 99%, of the people who complain to the NSW Health Care Complaints Commission about NSW doctors are told they have nothing to complain about, which, to us, raises these concerns.

(1) That it’s an insult to the intelligence of the people of NSW.

(2) More importantly, that it creates a reward system in which the “crooks” are doing better than the “good guys.”

(2) More importantly again, it results in a reward system under which NSW doctors believe they can almost get away with murder.

Some six months ago an email was sent to Ms Sue Dawson, the Health Care Complaints Commissioner, in which the above claim was made, which resulted in us getting a response from Paul Spink, one of Commissioner Dawson’s people, which in turn led to us sending Mr Spink the email shown below.

Having no record of ever getting a response from Mr Spink, we sent a further email to him a couple of days ago, in response to which we got this.

We’ll let you know if we get a response. 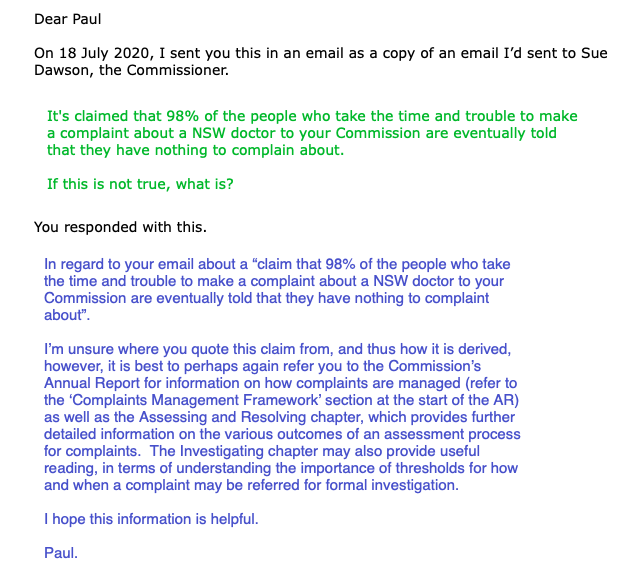 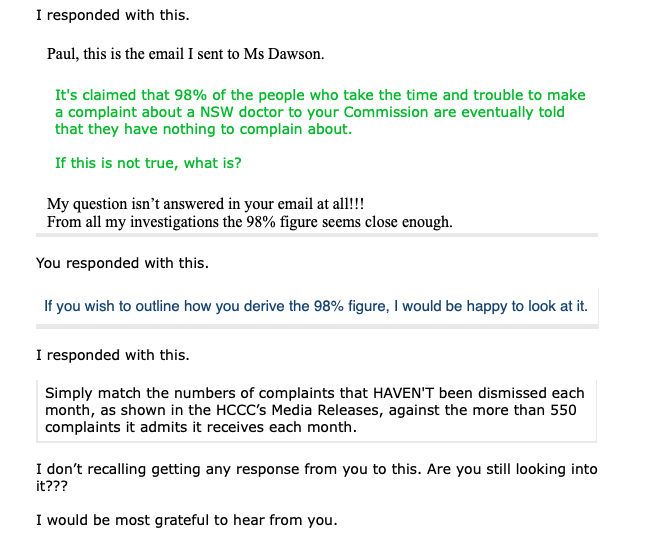